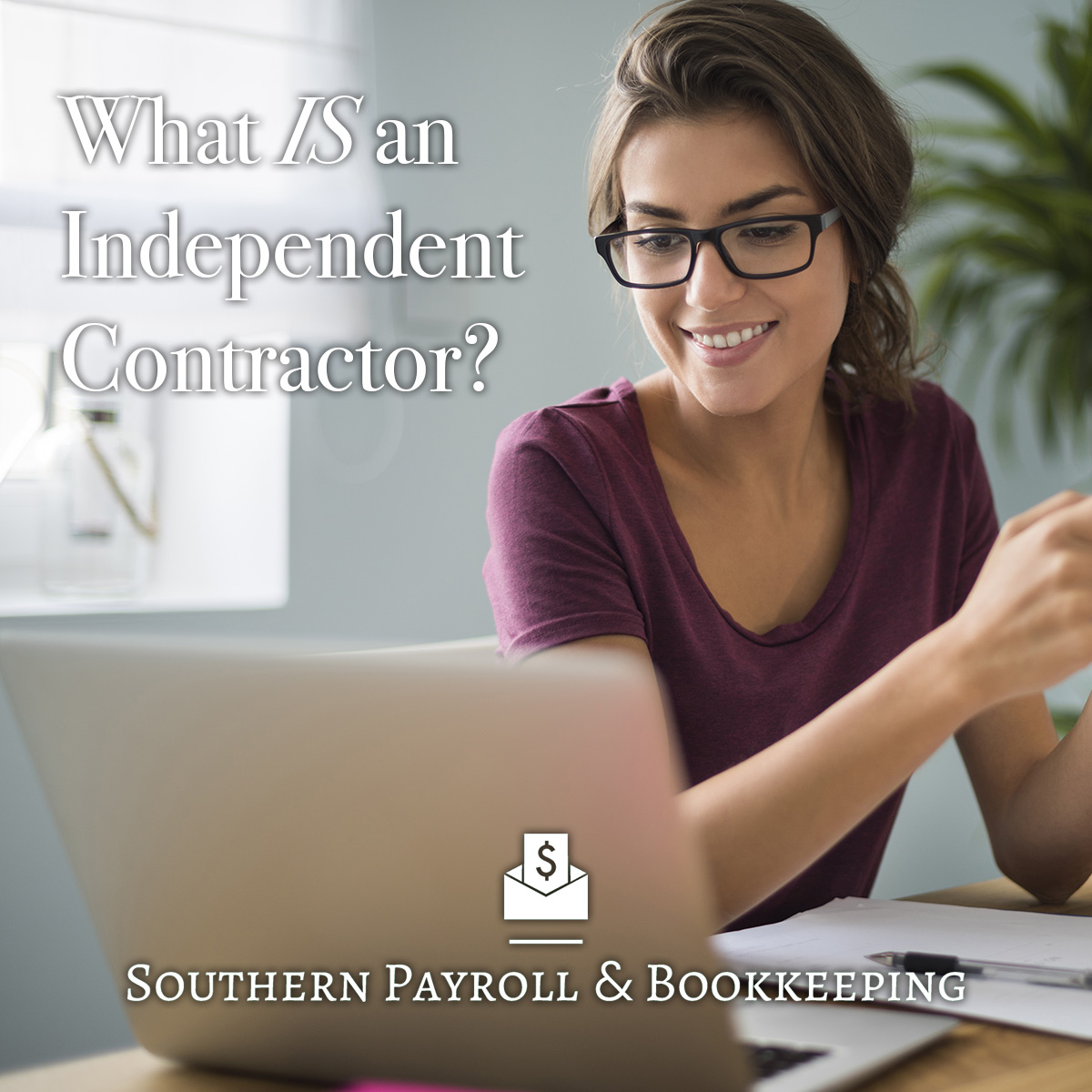 If you own a small business and have sought professional assistance in the area of bookkeeping and payroll (if you haven’t…we know some people!), you may very well have encountered the question of whether to pay someone as a regular employee (W-2) or independent contractor (1099). If so, you should have been counseled on the differences between the two, as well as the specific “test questions” you should ask to determine how your employee should be categorized.

The rise of the “Gig Economy” with independent contractors working casually for companies like Uber, Lyft, or Dinner Delivered has given rise to a whole new set of questions…and the federal government—in the form of the Department of Labor—is weighing in on the issue with the possibility of new regulations looming. The current definition refers to independent contractors as “workers who, as a matter of economic reality, are not economically dependent on their employer for work and are in business for themselves.”

According to the Public News Service, a professor at Florida State University, Jack Fiorito,  was quoted saying: “The Department of Labor is saying, in effect, there are too many instances where people are, for all practical purposes, employees, but are being excluded from these laws because they’re technically considered, according to the contracting party, they’re considered independent contractors.”

Before any new rules come into effect, we thought it might be a good time to review the basics of the Independent Contractor vs Employee argument.

Independent Contractors (ICs) tend to own their own business, whether it be a sole proprietorship, partnership, or corporation. They use that business to provide specific services to other companies or individuals…marketing, IT support, or bookkeeping might be a few examples. They also tend to offer that support to more than just one client. It may be a “one client at a time” situation under a long-term contract, but they still have the possibility of performing work for more than just you.

While traditional employees may be required to perform a wide variety of tasks, contractors are responsible for performing the services laid out in the contract, commonly called a Scope of Work (SOW). If it falls outside the SOW, the contractor can refuse to perform the task without additional payment considerations.

ICs generally invoice for the work they perform, either at the end of the task, or at set, agreed-upon times during the contract.

Contractors tend to provide all the tools they need for the job, including their own computer, software, and workspace.

Additionally, ICs are responsible for keeping their own financial records (or paying someone to do so for them…again, WE KNOW PEOPLE!) and are responsible for paying regular and self-employment taxes on a quarterly or annual basis to whatever governing agencies they fall under the jurisdiction of. They are also responsible for taking care of their own benefits, like insurance, retirement plan, or sick time.

W-2 employees have income taxes withheld by their employers during payroll and are not generally subject to self-employment taxes. It’s worth noting that regular employees cannot also be independent contractors for the same employer. Regular employees usually fill out a timecard instead of sending an invoice to accounts payable.

Employers generally provide work-related tools, gear, and necessary training. They also have the right to set what days and times an employee performs the tasks they were hired for, as well as the place.

Employees can be fired or laid off at any time, while ICs generally can’t legally be discharged unless they are in breach of the terms of the contract.

While the Department of Labor seems poised to tighten the description of employees, which may result in some Independent Contractors being redefined, the reality is that this action must be approved by Congress… and quickly. The makeup of the incoming House of Representatives will probably mean this issue goes dormant if it isn’t acted upon in the next month or so. We will know soon.In the meantime, if you have questions on how you should be classifying those who work for you… WE can help! Give Southern Payroll & Bookkeeping a call today at (423) 207-2497.