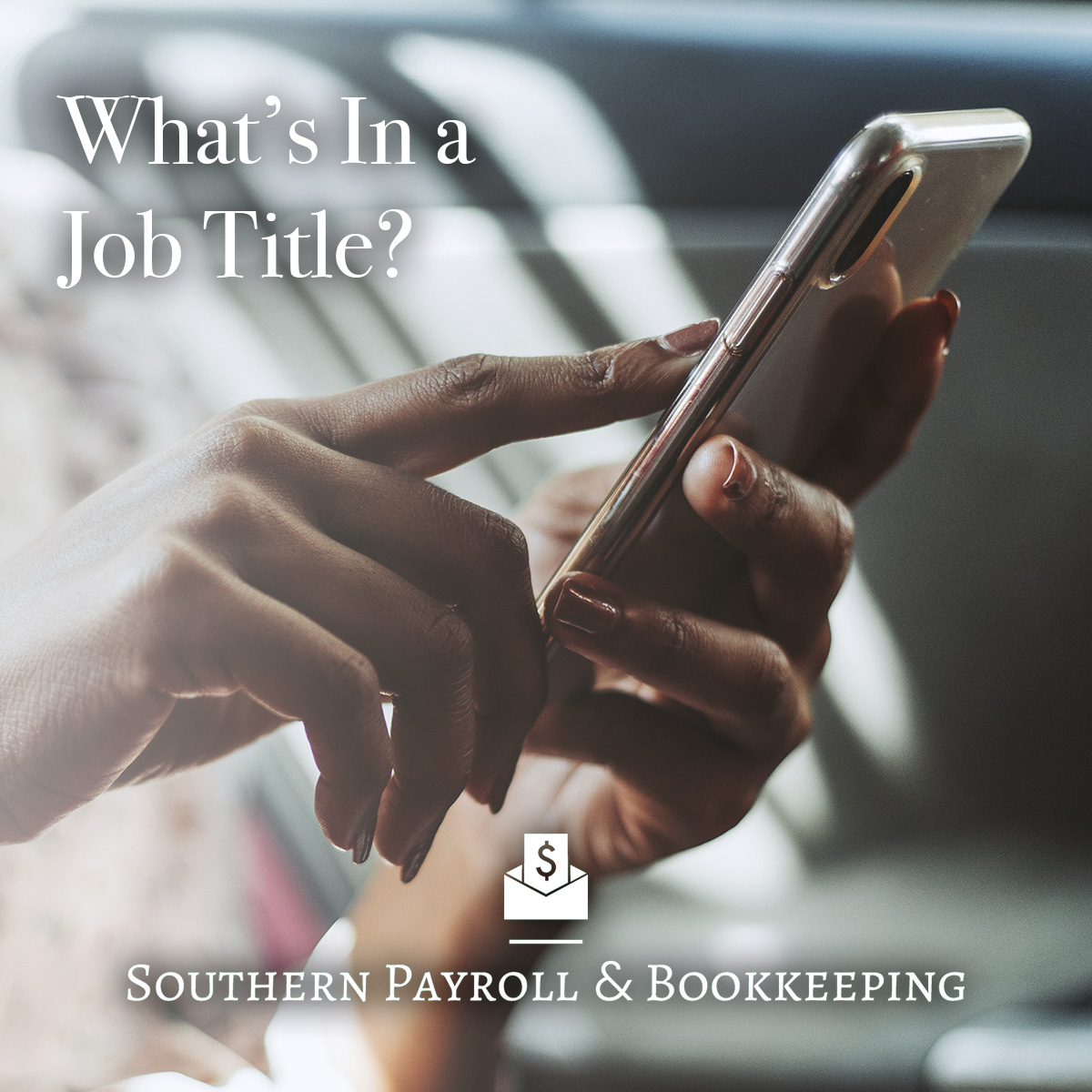 Employees and employers alike often ask themselves, “What’s in a job title?” Say you’re a business owner…if you’re reading this, there’s a good chance you are. You’re looking through social media or reading an article that an employee has written for some other organization when you notice that they are using a different title than the one that is officially on their company stationery. Is it confusion on their part as to what they should be called? A strategy to build themselves up artificially in the eyes of others? Or perhaps just a better way of describing their job to those outside the company? More importantly, what do you do about it?

We’re more than just our job titles or our list of professional accomplishments. – Arianna Huffington

Let’s be honest and say that a lot of job titles don’t make much sense outside the confines of your company’s organization. “Administrative Assistant 2,” “Creativity Analyst,” and “Transparency Enhancement Engineer” may sound lofty in some ways…or they may just be mundane jobs (that last one is “Window Cleaner”). Either way they don’t exactly scream “these are my job duties” on LinkedIn.

If someone is altering their job title to be more descriptive of what they actually do, it’s probably not that big of a deal that they are using something other than the company’s official verbiage outside the company. As long as it’s not altering the meaning of what they do…if someone is a “Marketing Manager” but they describe themselves as “Senior Vice President of Marketing” you probably have something to discuss.

Job titles don’t matter. Everyone is in sales. It’s the only way we stay in business. – Harvey Mackay

If you decide that the issue is not something you can ignore, it’s best to go into a conversation with a neutral approach. Mention that you saw that they altered their job title on social media or a blog article, then ask why they felt the need to change the title officially given them by the company. Maybe they have a good reason!

Listen…we’ve talked about communication before, right? Listening is an important part of the communication process. Give some weight to what they say and see if they have sound reasoning for using an alternate job title. You have a couple choices to make when they’re done.

You can insist that they change the title to what is on their business card (you still do those, right?). Make sure you’re not just doing it “because I said so.” Again, that reasoning works with your kids, but with other adults you should generally be able to say why. If you can’t say why…

Then maybe it’s time to reconsider your company’s job titles to be something more descriptive of what a person does.

Either way, if you see this becoming a problem for the future, it’s something new to add to the employee handbook or official company policies. After all, your employees are representing your company on certain social media platforms or in some articles they may write for other organizations. And it’s always in your best interest to have a say in how your company is represented.

Perspective: What’s In A Job Title?